As underlined by the Barcelona Convention within the Regional Plan for Marine Litter (Istanbul 2013) “Marine pollution knows no border, pollution in one country affects all the others“. 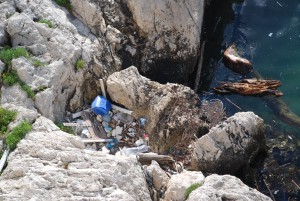 Over a 4-year period, the Plastic Busters project will enable to assess the amount, sources, pathways, distribution convergence areas and effects of marine litter on biota as well as mitigate and reduce the impact of marine litter in the Mediterranean Sea. The nature and effects of plastic litter on the marine food chain, fisheries and fishing activities, as well as human health are still largely unknown and are important issues to be investigated within this project.

A series of concrete prevention and mitigation actions and approaches (e.g. fishing for litter; removal and collection of derelict fishing gear and establishing recycling mechanisms e.g. “Healthy Seas initiative”; establish return/deposit systems for packaging, etc.) are intended to be developed, tested and promoted during the project in several pilot areas in the 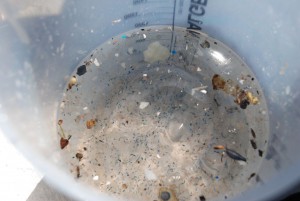 Mediterranean basin. Following a life cycle thinking and a circular economy approach, the project will also carry out a  systemic evaluation of the feasibility, reliability and sustainability while involving relevant stakeholders such as port authorities, fishermen and municipalities.

The project further foresees a wide range of actions to enhance the awareness of stakeholders and catalyze change in their perceptions and attitudes towards waste.

Experts in different disciplines were invited to the first Regional SDSN Center for the Mediterranean conference, called MED Solutions conference which was held in Siena, Italy, in July 2013 to identify the first set of sustainable development solutions and they selected Plastic Busters as flagship solution.

Project has also received the unanimous endorsement by the Union for the Mediterranean (UfM), and achieved the prestigious UfM label in February 2016. The  label qualifies the project as a viable initiative with distinct benefits for the citizens of the Euro-Mediterranean region and is the recognition of the urgency to join forces towards shared and coordinated regional approach, action/s and solution/s to this common problem. As underlined by the Barcelona Convention within the Regional Plan for Marine Litter (Istanbul 2013) “Marine pollution knows no border, pollution in one country affects all the others”.

The project is currently undergoing a fund raising campaign, with applications to national and international calls and private donors.